The National Flood Forecasting and Warning Program (PRAB) has been created following the massive floods that occurred in December 2014 which hit 8 states namely Kelantan, Terengganu, Pahang, Perak, Perlis, Johor, Sabah and Sarawak. The flood has recorded a total of 25 deaths with more than 500,000 evacuated and the cost of destruction exceeded RM 2.85 billion. 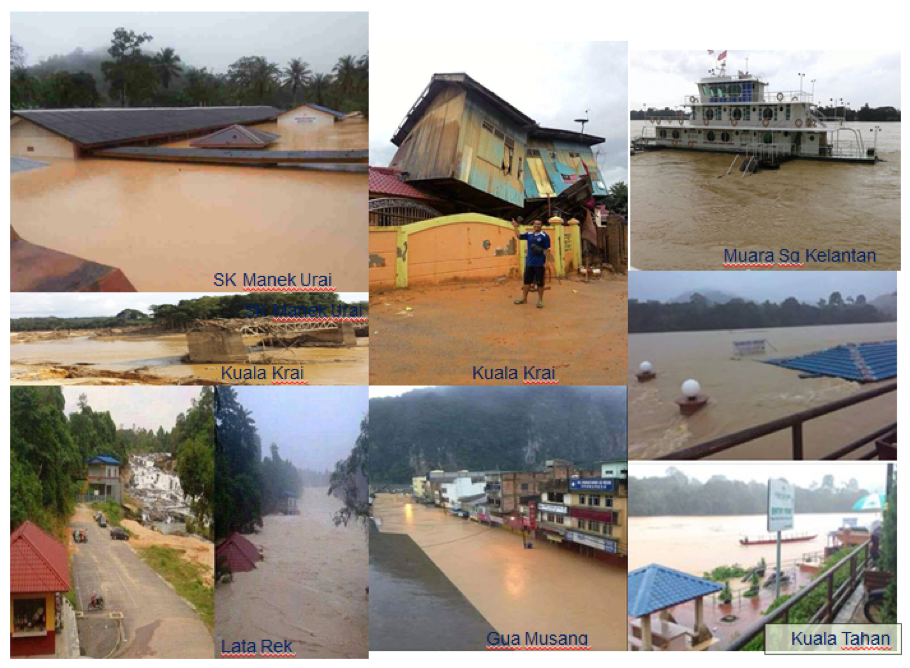 Based on the study carried out by Department of Irrigation and Drainage Malaysia (JPS), Updating of Condition of Flooding and Flood Damage Assessment in Malaysia, 2012 found that 10.1% of the country’s total area is a flood-prone area with nearly 5.67 million people affected by floods. Its impact leads to a loss of property exceeding RM 1.0 Billion a year.

The PRAB program will be implemented comprehensively throughout the country which will involve flood prediction models in 41 major river basins. This program is expected to have a direct positive impact on the flood victims.

The PRAB program has set four key objectives to be achieved: –

To achieve the PRAB objective program, there are four (4) major components that will be implemented in an integrated manner using the latest technology. The components are as follows: 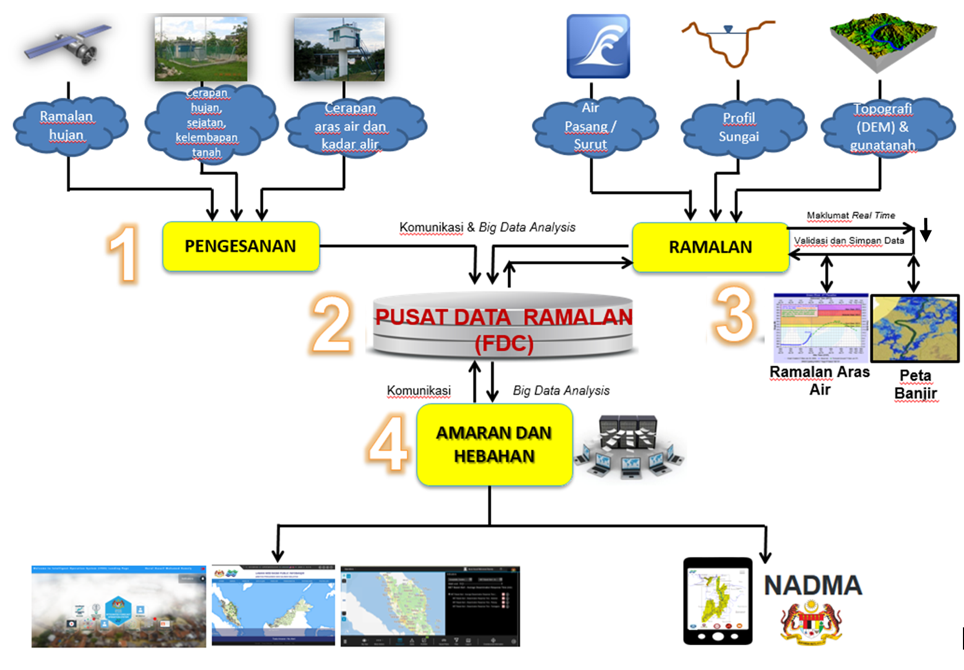 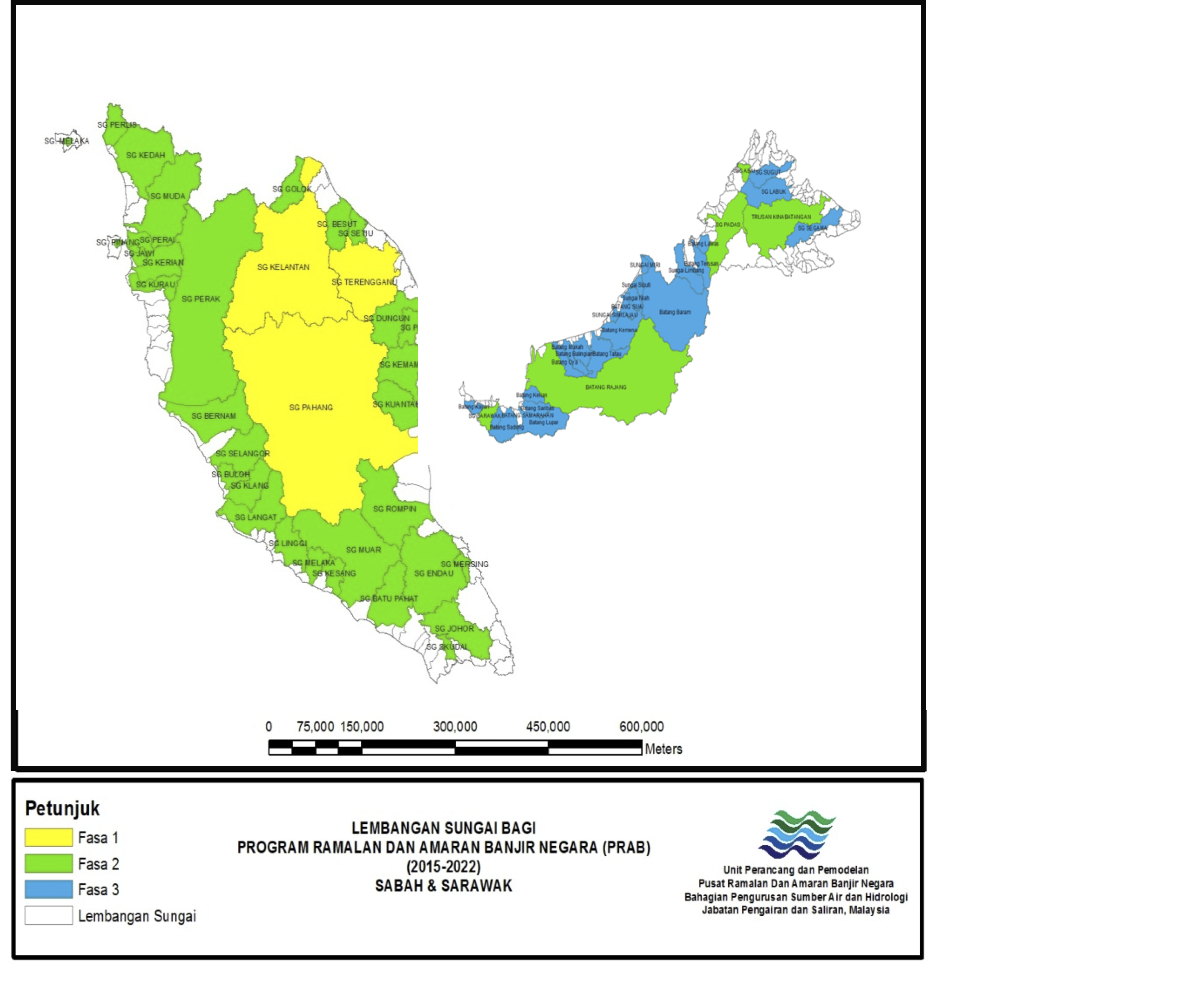 There are four main elements in the transformation which is;

The transformation of the four elements can be described as in Figure 4. 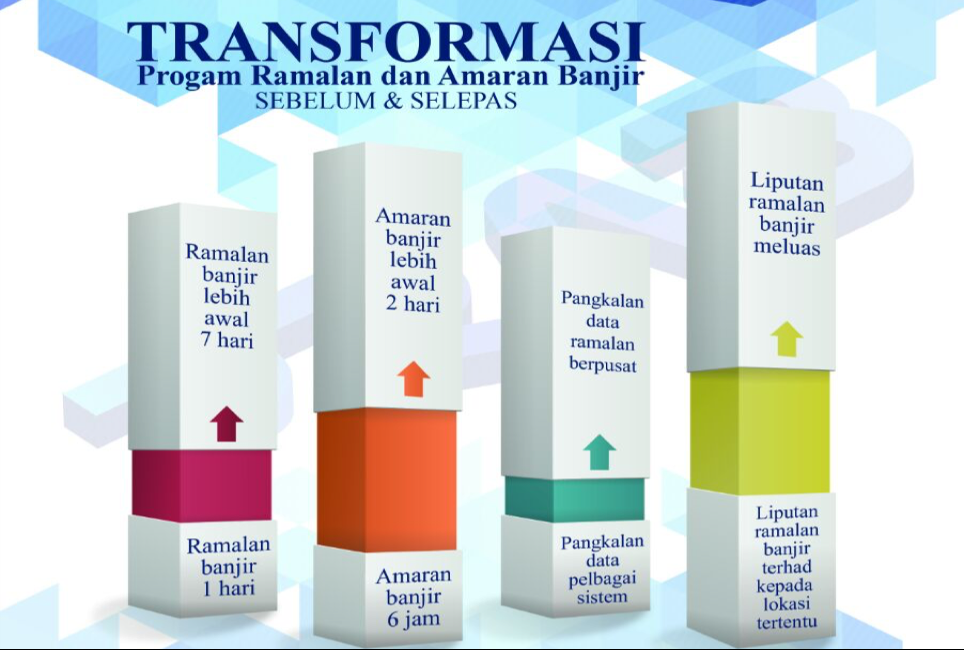 The transformation of the four elements can be described as in Figure 4.

There are five main benefits to the PRAB program:

Department of Irrigation and Drainage, Malaysia